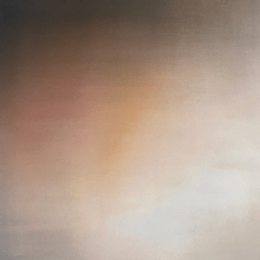 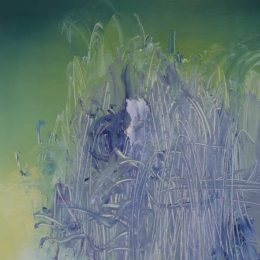 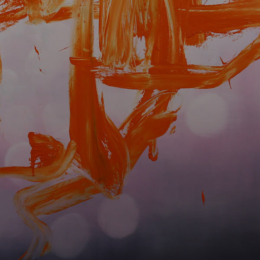 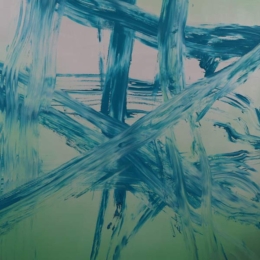 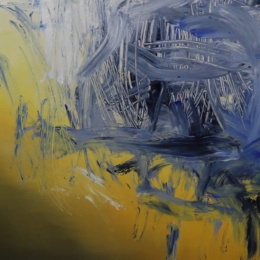 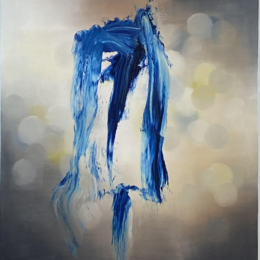 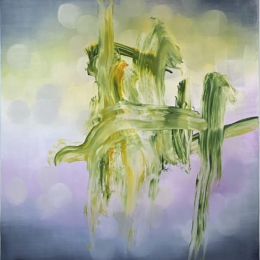 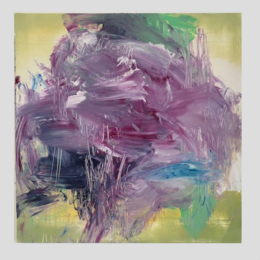 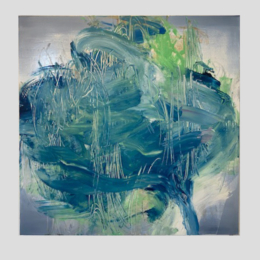 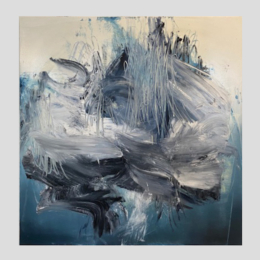 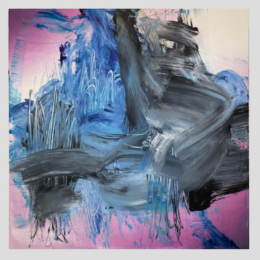 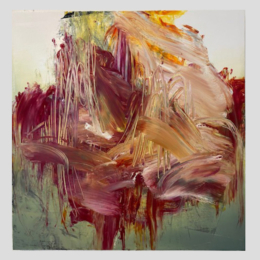 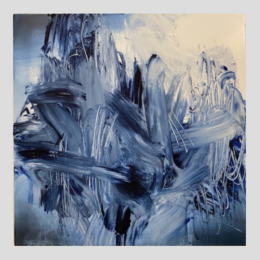 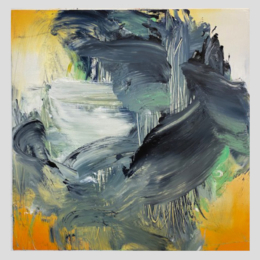 James Holmberg chose to use his Kolman & Pryor Gallery Project Space grant to investigate loss, memory, and transformation through a painting process of accumulation and erasure captured with video and experienced via an app, entitled, “Absence Show,” which is available in the App Store or on Google Play. By so doing, James has married his two interests, art and technology, and has sent his artistic practice in a new direction and taken the next step in his artistic evolution. “The grant has completely given me the freedom to explore some of the conceptual ideas I’ve been grappling with for a long time,” he says.

James’ exhibition, Absence, includes five canvases that James painted, scraped off, washed with mineral spirits, and painted again 12 times, while he was recording the process on video. The ghost paintings on each of the five canvases can only be viewed by downloading the app, “Absence Show,” via a smartphone or tablet. The app reveals the images attached to each canvas, images that now only exist in the cloud.

While the canvases retain the ghostly memories of previous paintings, generating a sense of loss and impermanence with each iteration, they’re also digital assets through which memories remain intact. The exhibition also includes a pedestal on which James troweled all of the paint or content from the canvases. “The pedestal is a collective of all the canvases and paint that was used. It’s a sculpture.”James will also be exhibiting several oil on canvas paintings (see photos above) that are available for purchase.

“I’m questioning the importance of an image, of a painting, at a time when we’re mostly sharing images via cell phones, which in turn brings up questions about the numbing abundance of imagery. The work also investigates feelings of creative loss, which is uncomfortable and challenging for me,” he adds. “The real core of the show and project is about absence and presence and transition, and the ability to let go.”

James is a graduate of the Minneapolis College of Art and Design where he remains both a mentor and Alumni Board member. He is well known as an abstract painter and long-time artist with Circa Gallery in Minneapolis, and he has had two shows at the Minneapolis Institute of Art.

Along with his successful visual art practice, James is co-founder of Kinetic Legacy and partner and principal designer at Kinetic Contemporary, the interior design and art consulting division of Kinetic Design Build. James has had a long career in creating physical and conceptual structures that allow a space to do its job most efficiently. Whether it’s designing floor layouts that use color and shape to guide customers through major department stores, building functional closets and storage areas out of the formerly unused nooks and crannies in a client’s home or conceiving of a digital platform to house stories and memories that would otherwise be lost to time, James understands how to create structures that are multidimensional, intuitive, and approachable.